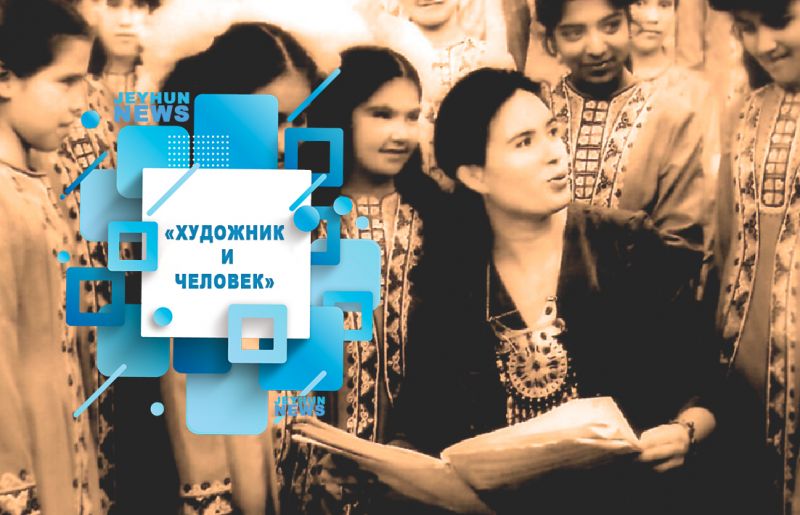 The life-affirming art of Turkmen composers reached its true heyday during the period of Independence of neutral Turkmenistan.
Fundamental role in the formation of “female” element in the national musical culture belongs to the honored artist of Turkmenistan, associate professor of the Turkmen national Conservatory named after Maya Kuliyeva, composer Jeren Kurbanklycheva. Having received a musical education in the composition class of the people`s artist of Turkmenistan, the famous composer Chary Nurymov, she became the first female composer in the history of Turkmen musical culture.
The original talent of the composer grew and flourished on the solid foundation of the national Turkmen music, the traditions of which found their direct implementation in its music.
The path to the world of art for each great artist is individual and most often, its origins are rooted in the atmosphere of the parent`s home. Jeren`s father, the dramatist – writer Mukhametnur Kurbanklychev, introduced her to the rich literary heritage of the Turkmen people: their tales, legends, and epics. Mother-Sophia Dovletovna, worked for many years in the field culture. 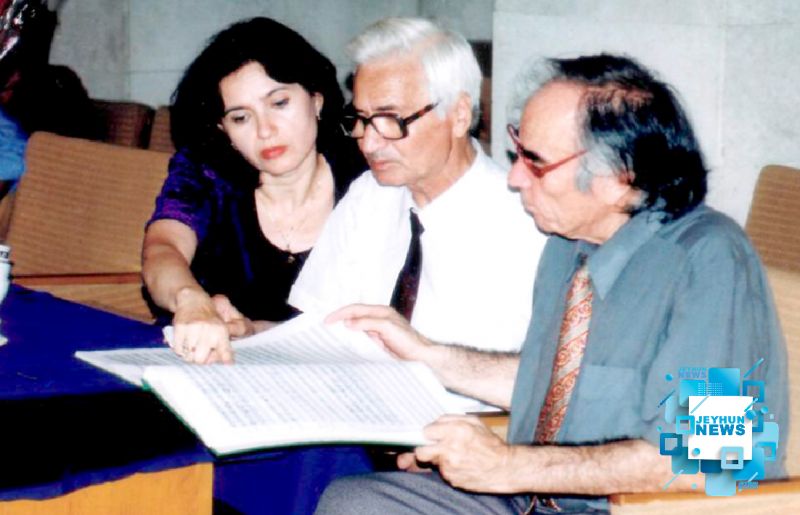 Since childhood the composer was surrounded by a creative atmosphere as well-known artist of Turkmenistan were frequent guests in the Kurbanklychev`s family: actress Sona Muradova, Jeren Ishankuliyeva, Lisa Karayeva and actors Ata Durd yev, Oraz Cherkezov, writer Ata Atajanov, director Aman Kulmamedov, composer Dangatar Ovezov.
Jeren received her first deep artistic impressions, aesthetic tastes and views on life, and art at the Turkmen state music school named after D. Ovezova (1970) in the piano class with the teacher Gozel Annamamedova.
The people`s artist of Turkmenistan, composer Chary Nurymov, her teacher and mentor had a significant influence on the formation of Jeren Kurbanclycheva`s worldview, aesthetic tastes and principles, as well as on the musical and stylistic features of her work. She studied in his composition class at the music school, and in the walls of the Turkmen State Pedagogical Institute of arts. (1974-1979)
For the state exam in 1979 as a thesis Jeren Kurbanklycheva presents a Concerto for cello Symphony orchestra (in two parts). 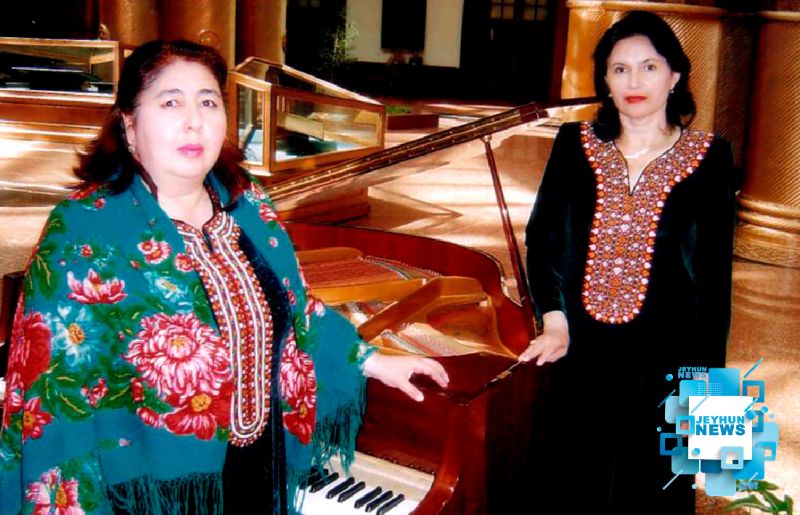 Jeren Kurbanlycheva belongs to the type of artist who always strives to understand the process of her creativity and continue to search for new musical and expressive means, shades, nuances, gradations of feelings and moods, new themes. This desire leads her to the graduate school of the Moscow state Tchaikovskiy Conservatory in the class of a professor A. Lehman, where she takes a course to improve her compositional style.
So, in different this author creates three major concerts: Concerto for cello and symphony orchestra (1979), Concerto for piano and orchestra (Ayal bakshi; 1991), Concerto for dutar and orchestra of folk instruments, co-authored with people`s artist of Turkmenistan Ye. Nurymow (2004).
In the life of Jeren Kurbanklycheva an important role is played by her pedagogical activity. From 1988 to the present day Jeren Mukhametnurovna teaches at the Turkmen national Conservatory named after Maya Kuliyeva . In her class of J. Kurbanklycheva received an education: Akmurad Rejepov, Batyr Tachov, Ayna Shirova.
Happy mother of three children, Jeren Mukhametnurova a larga part of her work devoted to the children music.
The composer creates more than thirsty songs, and three vocal cycles: “ Songs of my dutar” on the words of N. Bayramov, “Songs of the mother” on the words B. Orazdurdyeva, and “Patterns of Independence” in the words of K. Meredov.
Especially popular during this period of creativity and acquires vocal music. One of the important components in the synthesis of poetry and music in a romance or song are bright and highly spiritual poems. Among the favorite authors of Jeren Kurbanklycheva are many Turkmen poets: Ata Atadjanov, Haji Kakalyyev, Nyazik Annatyeva, kyrgyz poet – Tenti Adysheva, tajik poet – Gulrukhsor Safiyeva. 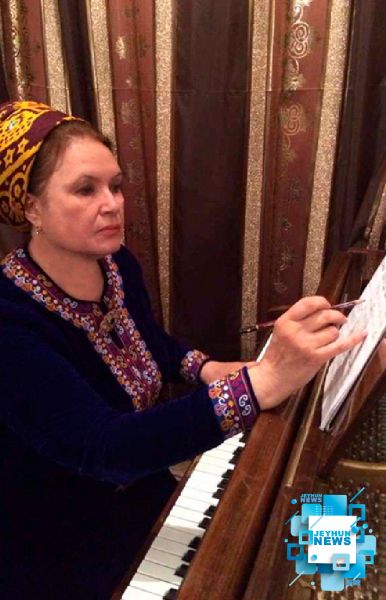 “The more diverse the culture of the people, the more interesting and rich it is. Each the country has its own unique exoticism, beauty and mentality, says the composer; – the era of power and happiness in Turkmenistan marked the beginning of new flowering of national culture . it gave us the opportunity to restore and revive the genre Turkmen national Opera. Thanks to the care and attention of our President Gurbanguly Berdimuhamedov, received an excellent opportunity to witness the brilliant premieres of the Opera “Shasenem and Garip” Dangatar Ovezov, written in collaboration with A. Shaposhnikov, “Leyli and Mejnun” by D. Ovezov and Yu. Meitus. The rapid pulse of time presents us with new challenges, new requirements, and we need to learn to think broadly and understand the specifics of our music cultures. With great demands and responsibility to treat their professional creativity, create more bright and authentic national works”.
For a significant contribution to the development of the national musical culture, merited artist of Turkmenistan Jeren Kurbanklycheva was awarded the medal “for love to the Motherland” and the medal “Makhtumkuli Fragi”
Jeren Kurbankycheva`s compositional work is bright, imaginative, refined and at the same time national. The composer`s music reveals the experience of her soul, the experience of her personality, and a deep universial beginning. 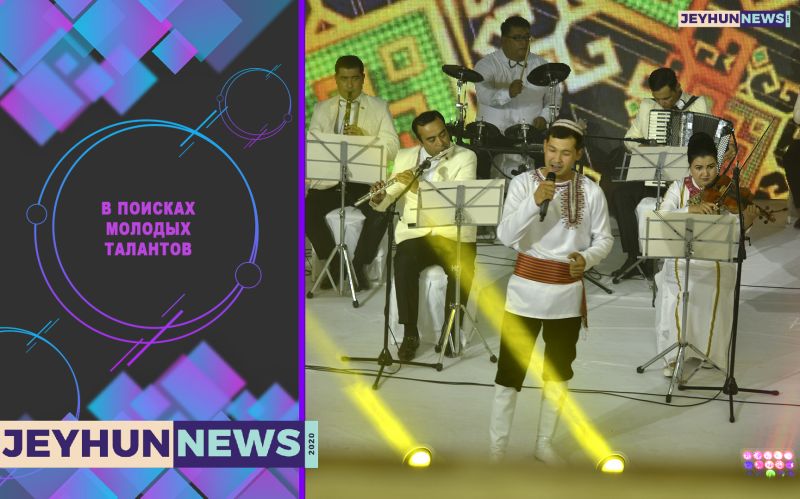 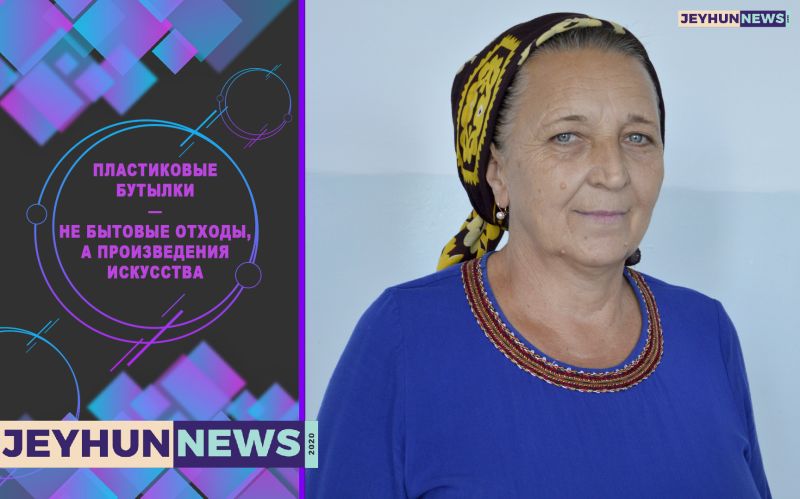 Plastic bottles are not household waste, but works of art