Meeting with your favorite artist is always a good event. Especially, if he is a national artist of Turkmenistan. This was the meeting of lovers of the song genre with the national artist of Turkmenistan Sukhan Orazberdiev, where other singers,  students and singers of the Lebap velayat Art School  came along with ordinary spectators. The meeting, which was held under the title “Conversation of Pictures”, became the conversation of professionals.

They talked at length about the national song art, about the history of its development, about the styles of famous performers. Of particular interest was the creative path of the singer himself, who in fact is the successor of the path known to the Turkmen singer Balla Khadzhiyev. We talked about the transfer of national song traditions from generation to generation, enriching them with new colors characteristic of each era. In the course of casual conversation, the singer and his fans touched on the question of respect for the national heritage, including singing, in our days.

What importance is attached to the preservation and enrichment of folk songs that are different national style of performance and rich in national colors. They noted at the same time support from the state and lovers of national art. In the course of the conversation, they also talked about national musical instruments, about the history of their development, and described in detail each of them. Of particular interest was the singer’s story about the dutar, about the features of the famous musicians playing it. Against the background of such a lively conversation, songs performed by the national artist of Turkmenistan were played.

They also spoke about the role of folk songs in educating the younger generation in the spirit of national values. This creative meeting became a master class for students of art school. 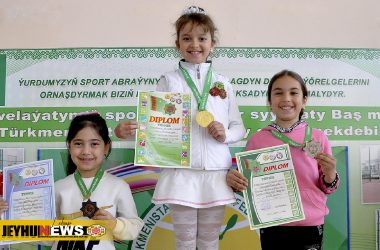