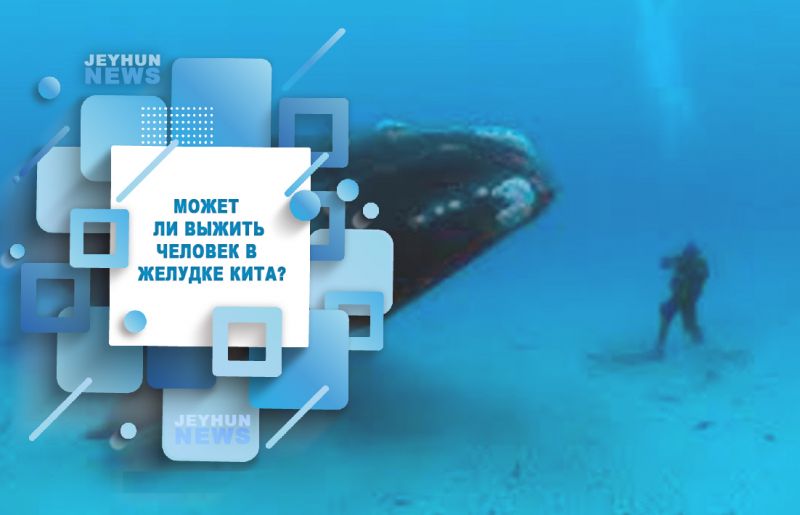 in life, it is unlikely that this will happen. But our history shows that there are exceptions. This is evidenced by the material published in the portal “Science and life”.
In 1896, the American whaling ship Star of the East was attacked by a huge sperm whale off the Falkland Islands. With a flick of his tail, he knocked one of the sailors, James Bartley, off the deck and into the water. His teammates thought James had drowned.
However, when the whale was finally captured two days later and taken on deck to be butchered, it was found in its stomach, as the new York times reported on November 26, 1896, “something crooked that showed signs of life from time to time.”
It turned out to be the missing seaman, unconscious, but alive. He spent 36 hours inside the sea monster.
English zoologist Ambrose Wilson, who pondered this problem in the 20s of the last century, believed that the survival of a person swallowed by a whale is in principle possible. It all depends on which whale will swallow it and how long the victim will remain in the stomach.
The baleen whale feeds on plankton and can’t swallow anything larger than a grapefruit. However, a large sperm whale weighs up to 50 tons and is up to 20 meters long. A day consumes one and a half tons of food and swallows it mostly without chewing.
Professor Wilson unearthed a case in the archives in 1771 when a sperm whale bit a whaler’s boat in two, swallowed a sailor, and went deep. When it surfaced again, it spat out the sailor “badly scratched, but without serious injuries.”
Modern scientists confirm the conclusions of the Englishman. The sperm whale feeds on cephalopods, and to a lesser extent on fish. A sperm whale’s mouth or esophagus could fit a human.
The sperm whale has teeth on the lower jaw, but only one or two pairs on the upper one, so it often swallows its victims whole. So, in the 50s of the last century, in the stomach of a sperm whale, extracted from the Azores, they found a ten-meter squid, not chewed and not digested.
Squid, apparently, for some time remain in the stomach alive, as on the walls of the stomach are visible traces of suckers, which are provided with the tentacles of the squid. This means that a person can survive for a while.
However, on the sailor, swallowed in November 1896, the results of whale digestion were visible: as the newspaper wrote at the time, ” Bartley’s skin was digested in places. His hands and face were so pale that he looked like a dead man, and his skin was covered with wrinkles, as if he had been boiled in a cauldron.”
But in General, the sailor clearly did not get into the main part of the stomach, where digestive enzymes and hydrochloric acid are released, but lingered in the first part of it, lined with keratinized cells and occupied only with mechanical processing of the swallowed.
The channel leading to the next parts of the whale’s stomach, where there is gastric juice, is too narrow for a person to pass through.
As for the ability to breathe in the stomach of a whale — experts suggest that the sperm whale could, together with James Bartley, swallow a volume of air sufficient for human breathing for some time.
But a three-day stay in a whale’s stomach is actually impossible.

Can a person survive in the stomach of a whale?